‘Getting The Most Out of Your Life’ The quest for joy and happiness has always been in everybody’s heart and mind. But it seems that over the years, this dream of living a happy and joyful life has become more and more elusive.

This is what The Washington Post has recently published…

The World Happiness Report of 2019 survey states that:

“Even as the United States economy improved after the end of the Great Recession in 2009, happiness among adults did not rebound to the higher levels of the 1990s, continuing a slow decline ongoing since at least 2000.”

The report also covers the happiness index among teenagers which shows a drastic decline in the level of happiness among adolescents aged between 13 to 18 years old. 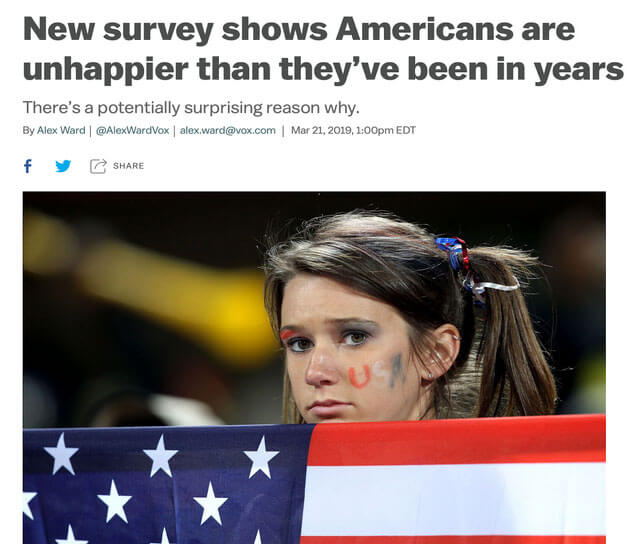 The impact of unhappiness and the lack of joy in the lives of these people can be disastrous.

People feel helpless and overwhelmed by life pressures and indebtedness- People seem to be trapped in a vicious circle and mounting pressure leads to frustration, health and economic problems.

BUT THE PROBLEM DOESN’T STOP HERE- See this recent headline based on the World Happiness Report: 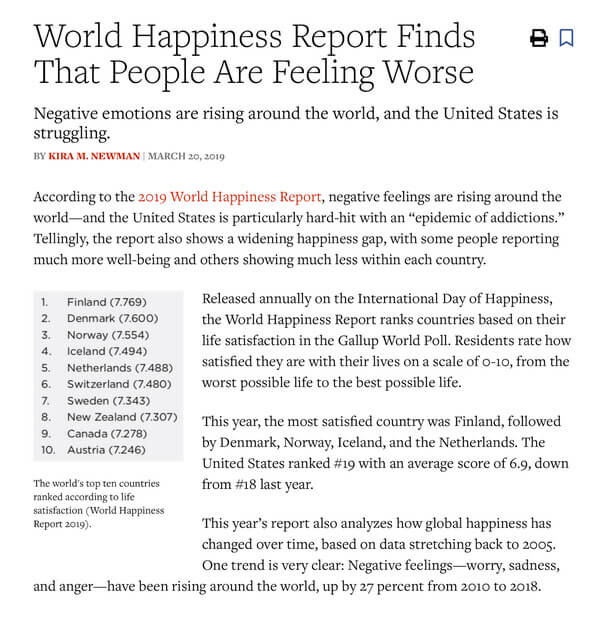 Media and Social media are also contributing to project a negative image of life, economy and health’s prospects.

Boost your Profits with Virtually No Effort, While Enriching Your Audience’s Well-Being…

As the data from the World Happiness Report shows, it’s not only a problem inherent to the United States. It has actually become a global one.

The world is helplessly facing a whole generation of unhappy, angry, lost and frustrated people with countless issues leading to health problems and social stigma.

BUT IT SHOULD NOT BE LIKE THIS!!!! PEOPLE NOW HAVE THE ABILITY TO TAKE BACK THE CONTROL OF THEIR LIFE AND ACHIEVE THE JOY AND HAPPINESS AND SUCCESS THEY ALWAYS DREAMED OF…